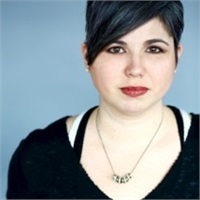 BAILIE SLEVIN is the founder of Entertaining Finance, a financial advising firm designed to cater to the needs of people in arts and entertainment fields. With 13 years of experience as a financial adviser and a hefty resume in theater, she is redefining planning for artists, entrepreneurs and creatives nationwide.

After working with the traditional suit and tie wearing firms, Bailie chose to go out on her own and create a company that gives creative arts entrepreneurs access to high level financial advising strategies to that have generally been unavailable to them in the past. Entertaining Finance works with clients through every stage of their lives from first jobs through the golden years, creating savings, retirement and estate planning strategies while creating long lasting and meaningful relationships between advisors and clients.

She has previously served as a board member for The Tank NYC, Theater Resources Unlimited (TRU) and The PATH Fund who produce Rockers On Broadway.